Cricket Stars and Their NBA Equivalents 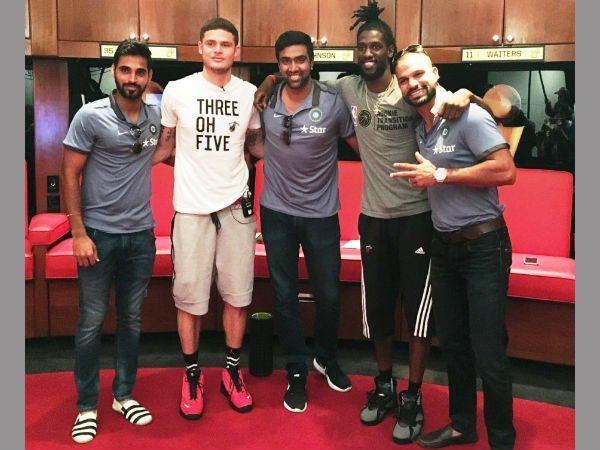 The worlds of cricket and basketball may seem very far removed, but there are plenty of similarities if we look closely enough. For example, some of the top cricketers can be compared to equivalents in the NBA for one reason or another.

Both of these players are tall and powerful, using their strength and agility to overpower rivals with ease at times. They are both known for an aggressive, driven approach too, with fans and team-mates often turning to them when some inspiration is needed.

Chris Gayle is from Jamaica and is the most capped West Indies player in their history. He has smashed his way to some incredible batting records over the years, such as being the first batsman to hit a 6 from the first ball of a Test. He has also stormed to history in the Twenty20 format, where he scored the first ever century and currently has the most number of runs.

As for Russell Westbrook, this point guard from California currently plays for the Washington Wizards. His intense, athletic style of play means that he is often the one driving his team on at crucial moments when others are tired or losing the faith. He has set numerous scoring records since joining the NBA in the 2008 draft.

Being able to shoot precisely is crucial in basketball, as the top players are expected to make tough shots consistently and even under intense pressure. In cricket, the ability to bowl with unerring accuracy time and time again is a huge attribute too.

The title of the world’s best, most accurate bowler is up for discussion. In the past, Glenn McGrath was renowned for his outstanding consistency but in the modern game, Indian fast bowler Jasprit Bumrah is possibly the top name. With his deliveries regularly reaching 150mph, the accuracy he achieves is almost unbelievable, earning 48 wickets in his first year playing test matches.

In the NBA, no one shoots better than Stephen Curry. The Golden State Warriors point guard has gained a huge reputation for placing the ball exactly where he wants it to go. This has led to him having the highest free throw percentage in the history of the NBA, at an incredible 90.6%. He has averaged 23.5 points in NBA games since turning pro in 2009.

The Most Versatile Player – LeBron James and AB De Villiers

Every successful team needs a versatile player who can carry out just about any role to a high standard. This is the type of star who doesn’t look out of place playing in any position and in any type of game.

While many cricketers take on different roles, such as batting and bowling, AB de Villiers has regularly been called the most versatile player in the sport. He started as a wicketkeeper and batsman before settling into his primary role as a middle-order batsman. The South African retired this year after an extraordinary career where he had a batting average of over 63 in World Cups and became famed for his unorthodox shots that no one else would even try.

LeBron James is arguably the greatest basketball player in the world right now. He is most often seen as a small forward or power forward, although he has also played in other positions during his career. James’ playing style has a uniqueness to it, as he is one of the most prolific scorers in NBA history as well as being an outstanding passer and terrific at defending too.

There you have it, some similarities between the worlds of cricket and NBA. If you want to know more about basketball, head on to Twinspires Edge where you can find some interesting facts like the shortest players in the history of the league.