Michael Vaughan on Donald Trump, How He Would Pronounce Fakhar Zaman’s Name? 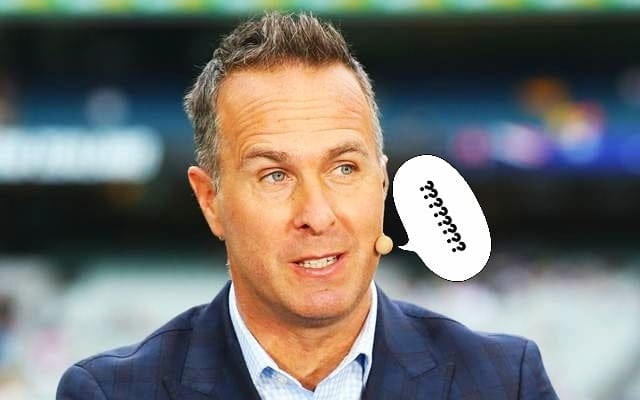 Donald Trump, the President of the United States of America recently visited India. In India, Trump speaking at an event where he mispronounced the name of Indian great legend Sachin Tendulkar. let’s take a look at the story behind it and what Michael Vaughan said about the incident.

Indian PM Modi visited the US in September 2019. Now its Donald Trump the President of the United States of America, who visited India for 2 days on the 24th and 25th of February. Trump visited India for his scheduled meetings with the Indian PM Narendra Modi.

In India, Trump is also invited in the event “Namaste Trump”, where he had to speak to a large crowd. In Motera Stadium, Ahmadabad Donald Trump mispronounced the name of great Indian legend Sachin Tendulkar.

The mispronunciation video of Donald Trump goes viral on social media. So many people from around the world from different fields gave their comments on this incident.

Michael Vaughan On that Incident

So many around the world especially from the Cricket circuit troll the US president and made comments on this incident. Michael Vaughan and ICC were on the top trolling President Trump on mispronounced Sachin’s name.

Michael Vaughan mentioned Sachin Tendulkar in his tweet and make fun of the incident too.

Micael Vaughan also makes fun of the incident in the manner that he show his desire that how Donald Trump pronounced Fakhar Zaman’s name when he visited Pakistan.

ICC On the Incident

International Cricket Council jokingly ask on its twitter account that whether anyone knew if “Sooch-“, “Sutch-“, or other variations of Tendulkar’s first name were correct.

Kevin Peterson On the Incident

Where all other making fun of the situation, former England cricketer Kevin Pietersen trolled the US President with his request for British television host Piers Morgan.

Iceland Cricket’s Twitter handle, known for its savagery on the social media platform, also couldn’t hold themselves back from taking a pot shot at Trump.