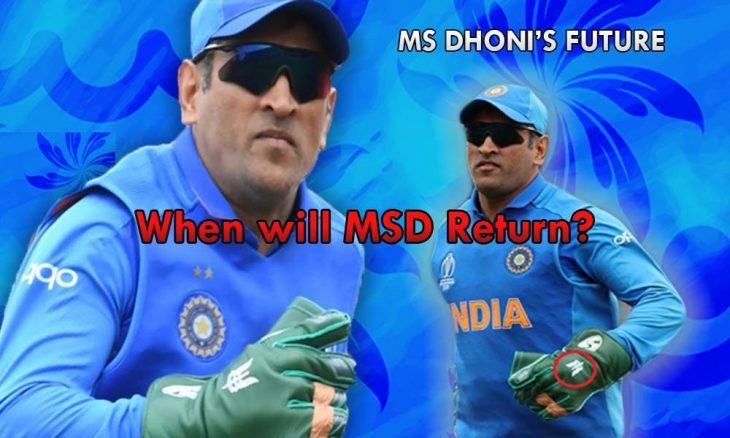 Since India’s exit from the ICC Cricket World Cup earlier this year, MS Dhoni has been out of the team firstly by choice and now… Well nobody knows! However, there has been a recent development where Indian team management has made clear about their plans about MS Dhoni’s future.

MS Dhoni has captained India for 9 long years and there is no Tournament in the game that he hasn’t won for his country. He has won all the major ICC Cricket Tournaments as well including the World Cup. However, He is no facing great uncertainty about his inclusion into the Indian Cricket Team.

38 Years of Age Mahendra Singh Dhoni has been sent an indirect message about the board’s plans via Shastri. and that is loud and clear in its meaning. it is “If you want to get into the playing 15 you need to perform in the coming IPL Season”

Ravi Shastri has expressed his views about MSD inclusion in the ICC T20 World Cup ahead. He said that keeping in view the recent inclusions of youngsters and the world cup tournament ahead MSD inclusion depends upon how he performs in the IPL. Dhoni who captains the Chennai Super Kings team in IPL has been extremely successful especially in recent years where he averages a fantastic 79 in the last three seasons and his side has won the most seasons so far. CSK lost to Mumbai Indians with the narrowest of margins in the last season (2019). However MSD and his captaincy were ecstatic during the whole season, Will he be able to do it once again only time will tell.

Sourav Ganguly who has recently taken the position of Topman in the BCCI (Chairman of the board) has also commented about the MSD issue and said that a player like Dhoni deserves respect and he dismissed any ideas of quick retirement plans for dhoni. He also said that the board should inquire what Dhoni Wants.

Dhoni is training hard (India Today reports) for the possible call up for the coming ICC T20 World Cup however since the ODI World Cup Dhoni has missed 3 T20 Series and one ODI Series which India played and won as well.

Youngsters like Rishabh Pant who came into the picture when MSD decided to go on a rest, haven’t been able to display their best in the field. Pant who was the top candidate for replacing MSD hasn’t been able to perform up to the mark and his sloppy wicketkeeping was also questioned by many. Rishab also made several false calls of DRS which was the strong suit of Mahendra Singh Dhoni as he was almost always correct on such calls.

Most of the fans want MSD to play the big tournament and looks like IPL will decide his fate later this year.