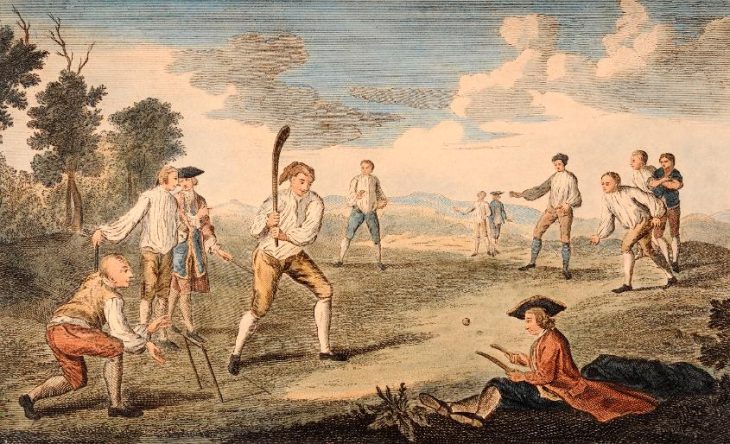 Cricket is a popular sport that originated in England and is now played all over the world. The origins of cricket can be traced back to the early 16th century when it was played by children in the rural parts of England.

The first recorded match of cricket was played in 1611, between the villages of Horsham and Cuckfield in Sussex. This early version of the game was quite different from the cricket that is played today. The pitch was much shorter and the ball was bowled underhand. The bat was also much smaller and the fielders were allowed to use their hands to catch the ball.

Over the centuries, cricket evolved and became more organized. In 1744, the first known laws of cricket were written down by the London Club. These laws laid out the basic rules of the game, including the dimensions of the pitch, the size of the bat, and the number of players on each team.

A video about origins of cricket can be found on this channel.

As the game grew in popularity, the first professional cricket clubs were formed. The most famous of these clubs was the Marylebone Cricket Club (MCC), which was established in 1787. The MCC is still one of the most prestigious cricket clubs in the world and is responsible for writing and maintaining the laws of the game.

Cricket soon became a national pastime in England and was introduced to other countries, including Australia, South Africa, and the West Indies. The first international cricket match was played between Canada and the United States in 1844.

Today, cricket is a popular sport that is enjoyed by millions of people around the world. It has also become a major source of national pride, with countries competing against each other in international tournaments, such as the World Cup. The game has come a long way from its humble beginnings in the English countryside and continues to evolve and grow in popularity.

You can watch cricket matches online on our website.