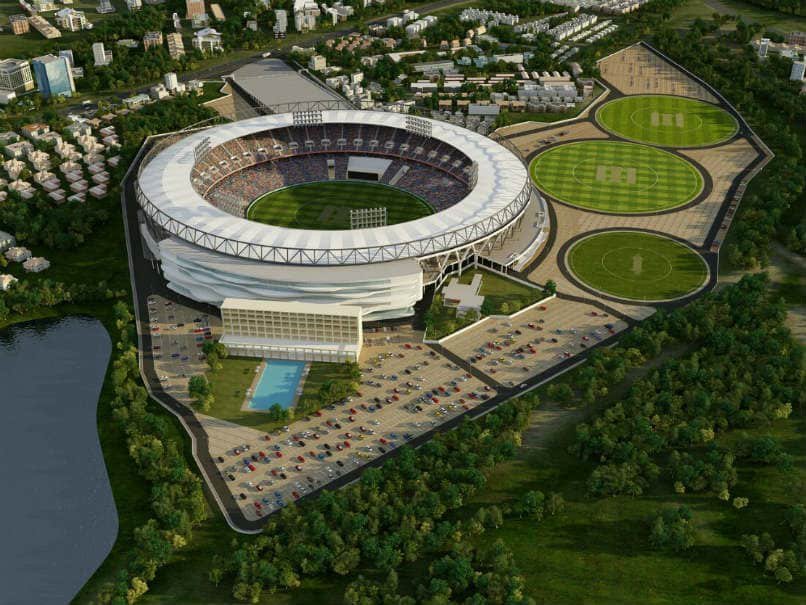 In 2015, the Stadium Motera was totally demolished and reconstructed which cost around US$ 110 million. Motera Stadium in then completed in 2020 with increased capacity of sitting up to 110,000 spectators which made it the World’s largest cricket Stadium and second-largest overall.

Motera Stadium is now renamed as The Sardar Patel Cricket Stadium. This stadium is under the Gujrat Cricket Association. The opening of this stadium was on the 24th of February 2020. The stadium is now a regular venue for Tests, One Day Internationals and T-20 matches.

Sardar Patel Stadium also hosted a meeting between the President of the United States of America Donald Trump and Prime Minister of India Narendra Modi on the 24th of February 2020. This opening event is named as Namaste Trump.

On social media, Namaste Trump went viral in the last few days. In the opening ceremony of the Sardar Patel Stadium, Donald Trump mispronounced the great Indian Cricket legend Sachin Tendulkar and the most popular cricket of nowadays Virat Kohli, who is also from India.

After the mispronunciation, everyone has gone crazy and start trolling Trump on mispronouncing their legend name. They start making fun and jokes about Donald Trump.

Cricketers and other sportspersons did not hold themselves back on this matter and start tweets about this and correcting Donald Trump and a few of them making fun of the situation in a lighter note.

Despite its size, the stadium was constructed in three years. The new home of the Gujarat Cricket Association includes 76 corporate boxes, four teams dressing rooms, and facilities, state-of-the-art club facilities with three practice grounds, an indoor cricket academy, and a 55-room clubhouse which will have an Olympic-size swimming pool.