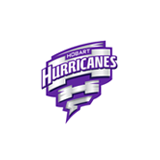 The Hobart Hurricanes are an Australian professional men’s T20 franchise cricket team based in Tasmania, Australia. They compete in Australia’s domestic T20 cricket competition known as the Big Bash League, which is a league where many international players compete. Their team represents Hobart. The Hurricanes play their home matches at Blundstone Arena.[1] The Hurricanes wear a purple cricket uniform.[2]

Some of the best players to represent the Hurricanes since their inception into the BBL have been: D’Arcy Short, Matthew Wade, Tim Paine, Ben McDermott, George Bailey, Dan Christian, Jofra Archer who was the X-factor in the Hurricanes team in BBL07, he bowled at a rapid pace, he was a genuine wicket-taker and had great accuracy regarding his variations. An aggressive lower-order batsman, Archer was a class above his teammates in the Hobart side. He played a crucial role in Hurricanes making the BBL07 final. Naved-ul-Hasan the Pakistani medium-pacer only played in BBL01, but he made a great impact in that season. His medium-pacers brought wickets in the middle and death overs, and he had an unplayable slower ball. Xavier Doherty, Riley Meredith, and Ben Hilfenhaus as a T20 bowler was very effective. Swinging the new ball, he’d give Hurricanes breakthroughs in the power play overs and nail his yorkers at the death. His BBL form for the Hurricanes saw him get an IPL gig with the Chennai Super Kings and a recall to the Australian T20 side in 2012.