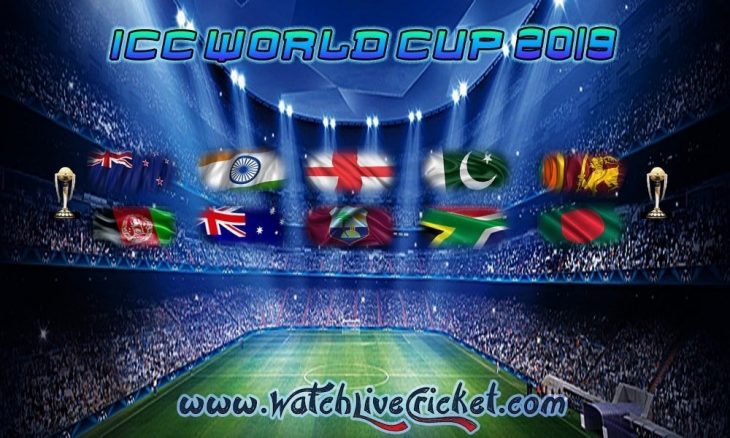 This was not the first world cup Afghanistan cricket team played but this world cup seems to look like a mighty nightmare for the Afghanistan cricket team. In 2015 edition of the world cup, Afghanistan somehow managed to win against Scotland in their group stage match but in this edition, they were looking so out of the color as they had some brilliant young talent in the form of the spin attack but they were failed badly to bring performance out of them. The new young captain may be the reason, but at this level, we hadn’t made such excuses. Afghanistan losses all its matches of the group stage and end the world cup at the bottom of the point table at 10th position with 0 points and have a net run rate of -1.322, although they fought really hard and played some good cricket but didn’t able to make an impact on this ongoing world cup. Hope so this young side will come in the next edition with good preparations and showcase their talent to the world of cricket.

With so many great names and a lot of experience in their side, West Indies looked so comfortable before starting of the mega event. They started the world cup with a dreamed victory over Pakistan with a massive margin. With this win, they looked so confident to further move on positively in the tournament. But unfortunately, their big names were unable to perform for their team in this all very important event. They only manage to win 2 out of their 9 group stage matches, which was against Pakistan and Afghanistan, while their match against South Africa was abandoned.  They hold the 9th position on the point table with 5 points and have a net run rate of -0.225.

After winning the tri-series against West Indies and Ireland, Bangladesh was very confident to give a tough time to their competitors, and they did it quite well in the mega event. After a winning start of the world cup, they didn’t manage to take their winning momentum forward into the tournament. But in the end, their experience players show some serious responsibilities and perform so well but unfortunately, they weren’t able to make into the semis. Bangladesh tried so hard and fought bravely in the event and somehow manage to win their 3 out of 5 group stage matches which were against South Africa, West Indies, and Afghanistan, while their match against Sri Lanka was abandoned without a ball bowled. They are at 8th position on the point table with 7 points and have a net run rate of -0.410.

A very balanced, talented and experience side by their facts, figures, and stats, but at the stage of the mega event, the always did exactly the same as they did this time. They didn’t manage to convert their talent, experience into winnings in the world cup for their team and for their nation. South African cricket team tag as a choker at the world cup stage and the aimed to remove this tag in this world cup but they totally failed to do so. South Africa manage to win 3 out of their 9 group stage matches, which were against Afghanistan, Sri Lanka, and Australia, while their match against West Indies was abandoned. They are at 7th position with 7 points and have a net run rate of -0.030.

Sri Lanka was very off color during this world cup. Their experienced players like Angelo Mathews, Lasith Malinga, and Thisara Perera were not up to the mark in this tournament. They amaze England by their performance in which their most experienced player Lasith Malinga took responsibility to take their team across the line. But this sort of single performance didn’t take you so long in this sort of tournament, where team efforts, and consistency matters the most. Sri Lanka somehow manages to win 3 out of their 9 group stage matches, which were against Afghanistan, England, and West Indies, while their 2 matches against Pakistan and Bangladesh were abandoned. They are at 6th position on the point table with 8 points and have a net run rate of -0.919.

Pakistan was not among the favorites for winning the world cup but their tag of unpredictability made them quite favorites to qualify for the semis. As Pakistan had a golden chance to prepare their side according to the conditions in England as they played their scheduled series before the world cup against England in England. The outcomes were not as expected by the Pakistan cricket team and they stepped up in the world cup with a losing streak of 10 matches. West Indies demolish their batting line badly by their quick bouncers and end up the match quite comfortably in 14th over. Although Pakistan comes back strongly and defeats England the most favorites of the world cup, their unpredictability and inconsistency were the problem and damage them quite badly. Somehow at the end of the tournament, they got their winning momentum and win their last 4 matches. Pakistan was unable to qualify for the semis just because of their bad net run rate. Pakistan wins 5 out of their 9 group stage matches, which were against England, South Africa, New Zealand, Afghanistan, and Bangladesh, while their match against Sri Lanka was abandoned which hurt them so badly. They are at 5th position on the point table with 11 points and have a net run rate of -0.430.

A very well prepared, balanced, experienced, and talented side for this world cup edition. Pacers like Trent Boult, Tim Southee and batsmen like Kane Williamson, Ross Taylor, and Martin Guptill have the capacity to make their team into the semis and even to win the world cup. They compete for the 4th position on the point table with Pakistan and ultimately they won it on the better net run rate and make into the semi-finals of the world cup 2019. New Zealand wins their 5 out of their 9 group stage matches, which were against Sri Lanka, Bangladesh, Afghanistan, South Africa, and West Indies, while their match against India was abandoned. they are at 4th position on the point table with 11 points and have a net run rate of +0.175, which made them prior to Pakistan and able to grab a semis spot.

The most favorite to win this world cup. They stepped up in the world cup with a well prepared and balanced side with some amazing young talent in the form of Jofra Archer. They start quite well but they amazed by the Pakistan cricket team and after hat the comeback quite nicely and then at the crucial moments of the world cup they loss against Sri Lanka which was the major setback. At that point, the team which was favorite at the start of the tournament was now looking so difficult to move into the semis. But their win against India and New Zealand made them able to grab their ticket to the semis. England wins 6 out of their 9 group stage matches, which were against South Africa, Bangladesh, West Indies, Afghanistan, India, and New Zealand. They are at 3rd position on the point table with 12 points and have a net run rate of +1.152.

Australia as always, played sensible and basic cricket and stick to their plans and proved that they are best for the world cups. Australia is also favorites to win this world cup by the majority of fans and the cricket experts. Inclusion of Steve Smith and David Warner into the side made a huge impact and gave backbone strength to the Australian side. Performance of the Australians in this world cup proved that they rightly deserve those world cup that they won in the past and they rightly deserve to be one of the favorites of this time. Amazingly Australia was the first team to qualify for the semi-final in this world cup. Australia wins 7 out of their 9 group stage matches, which were against Afghanistan, West Indies, Pakistan, Sri Lanka, Bangladesh, England, and New Zealand. They are at 2nd position on the point table with 14 points and have a net run rate of +0.868.

India under Virat Kohli’s captaincy played exceptionally well and proved that they work so hard and how mentally and temperamentally strong they are for the world cup. Rohit Sharma the hero of the Indian side in this world cup scored 5 centuries which was love to see. Shami took hat trick of wickets as he is the second Indian to do so. India was the second team to qualify for the semi-finals as they win 7 out of their 9 group stage matches, which were against South Africa, Australia, Pakistan, Afghanistan, West Indies, Bangladesh, and Sri Lanka, while their match against New Zealand was abandoned. They hold the top rank of the point table with 15 points and have a net run rate of +0.809. 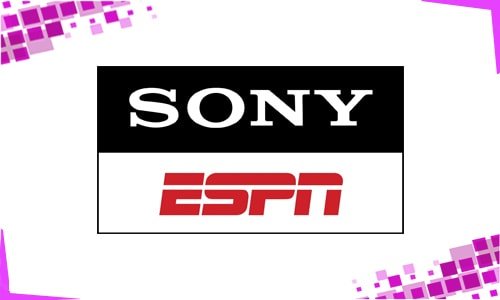 Watch all the Indian sub-continent matches and events Live Only on Sony ESPN Live TV channel Without paying a single penny and Also compatible for mobile phone devices.

Sony Espn is an Indian pay Sports television which is a joint venture between ESPN and Sony picture Network. This channel targets mostly Asian audience which includes India, Bangladesh, Sri Lanka, and Nepal. Which will provide coverage of cricket, football, tennis, the NBA, badminton, field hockey and more.

You can also find other LIVE sports channels as well for viewers all over the world some of them are:

HOW TO WATCH LIVE MATCH ON MOBILE PHONE?