“THE HUNDRED” CRICKET LEAGUE EVERYTHING YOU NEED TO KNOW 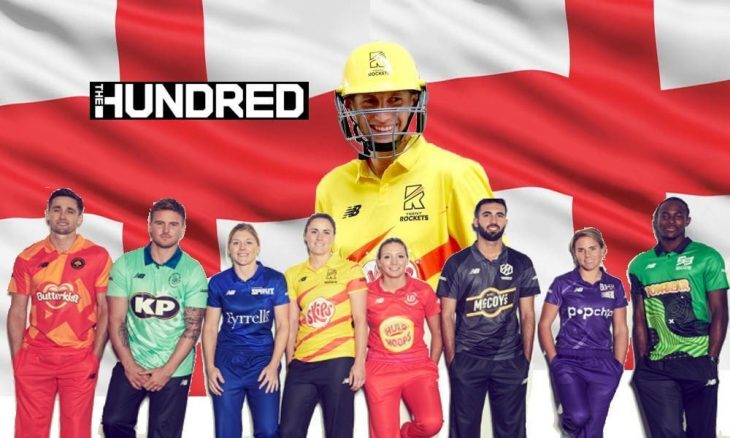 The Hundred” tournament is a brand-new announcement in the cricket world from ECB (English Cricket Board). “The Hundred” has 8 city-based teams from England and Wales, just like IPL but there is a huge difference!

What’s the difference between other leagues and “The Hundred”?

“The Hundred” as the name implies will be a tournament with a brand-new format where each team would just have a hundred balls to play. Yes, you heard it right, a Hundred balls. Which means a game would be significantly shorter than a T20 game.

Here are some of the rules from “The Hundred” League.

Rules of the Hundred Cricket Tournament

Each team will have a batting inning of 100 balls.

Overs will comprise of 5 or 10 balls. Where every bowler will get to bowl 20 deliveries.

There will be strategic timeouts of 2.5 minutes.

“Indian premier league” like timeouts could be called from either team.

WHEN WOULD “THE HUNDRED” TOURNAMENT START?

TEAMS OF “THE HUNDRED” CRICKET LEAGUE

The league will be comprised of 8 City teams. (8 Men’s and 8 Women’s). Here are the names of the Teams and Cities of the Teams for “The Hundred” League.

There has been a lot of criticism and concerns raised from certain sectors of the cricket world about this new announcement from ECB. Some say it is a reaction of ECB to the T10 League while others are questioning ECB’s decision to announce a new format of Cricket when the current shorter format (T20) is doing great for the sport. The announcement of this new format was a surprise to several international players as well.

WHERE & HOW TO WATCH “THE HUNDRED” LEAGUE MATCHES LIVE STREAMING ONLINE?

All matches of “The Hundred League” will be live-streamed on Sky sports and you can watch them live by simply clicking below link to enjoy Live Cricket Streaming of “The Hundred” Cricket matches online free.