Too Easy for Team India (IND vs WI) 1st Test 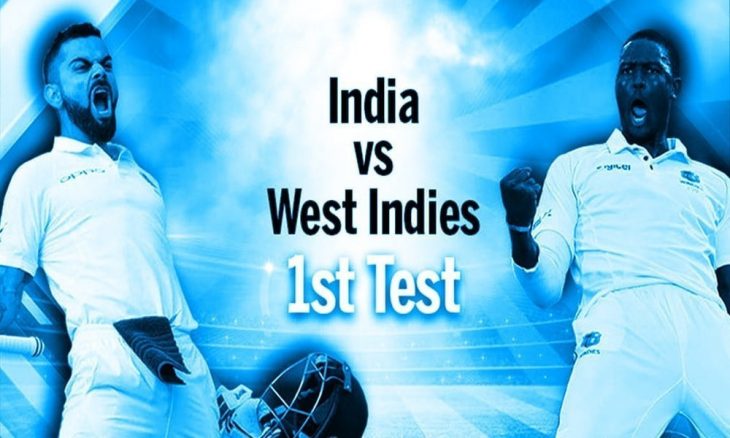 India has won the first Test against the host West Indies comfortably. West Indies never looked like challenging the tourists as India made to look a little too easy for them.

West Indies had a promising start to the proceeding of the first test where K Roach led the way in the first innings with his quick 4 wickets. Indian top-order was quickly sent back but the lower middle order of Team India rose to the task lead by A Rahane who scored a solid 81 runs. The lower middle order of India also chipped in and propelled Team India to a respectable total of 297 runs.

The hosts started off fairly well, and all the top 6 batsmen got starts but could not capitalize on it. The highest scorer was R Chase with his 48 runs knock before falling prey to Ishant Sharma. Ishant Sharma was the pick of the bowlers with his 5 wicket haul giving away just 43 runs.

India went into their second innings confident and Ajinka Rahane scored a ton propelling Team India to a good total of 343-7 before India declared the innings.

West Indies were practically out of the game even before coming in to play the fourth innings as they required over 418 runs to win, Considering their effort with the bat in the first innings, any chances of WI getting to a record total were far fetched. However, the host could not put in any fight what so ever and went all out on just 100 runs total.

Team India won the First Test of the series by 318 runs against the volatile and out of form West Indies side.