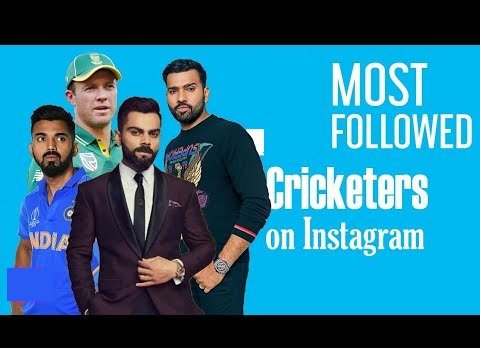 Athletes have found that they can make great use of online social media platforms to not only stay connected to their fans, but also grow their worth as a so-called influencer. While not all of the best athletes in the world have a public Instagram account that they update regularly, many of the biggest names are reaping the benefits of such a presence.

For several years, the ranks of the most popular athletes on Instagram have been dominated by soccer players and one celebrity basketball player. In just a couple of years, though, a megastar cricketer has broken through in style, and continues to grow their following, as do their compatriots. So, who is this social media sensation, and could they eventually close in on the big three?

India has rapidly become the second-largest internet-using nation in the world, with an ever-growing count of well over 650 million users across the subcontinent. As mobile connections continue to grow, that number will climb closer to the nation’s staggering population, 1.36 billion, as will the number of social media users. As you can see on India Today, there were already 210 million Indian Instagram users as of February 2021.

As such, it shouldn’t come as a surprise that many of these Indian Instagram users have flocked to the biggest star of the most popular sport in the country. Of course, he has several followers from outside of his home nation and is active enough to warrant a strong following, but it’s his native backing that’s surged the following of Virat Kohli. National team captain, master of all formats, and ICC Male Cricketer of the Decade, Kohli more than deserves such a colossal following.

Recently, Kohli broke into the top-20 of all Instagram accounts, with his growing 137 million followers swiftly closing in on the 138 million of Miley Cyrus. His biggest gain, however, came almost a year ago, though, when he muscled past one of American basketball’s biggest names, LeBron James, who remains in fifth among athletes with 91.6 million. Furthermore, in this report from Open Dorse, it’s been seen that other Indian cricketers are on the rise, namely MS Dhoni (34.1 million), Sachin Tendulkar (30 million), and Hardik Pandya (18.9 million).

Can Kohli topple the big three?

The greatest debate in world soccer for over a decade has a clear winner in the Instagram followers war. While the two already-legendary players are in line to win convincingly with their teams on the opening day of the season when you bet on football at Space Casino, Cristiano Ronaldo is the clear winner on Instagram. Once again, though, they tussle in the first and second spots.

Cristiano Ronaldo is not only the most-followed athlete on the platform but also the most-followed human account – only trumped by the official Instagram account. His 315.5 million followers dwarf that of Lionel Messi’s 233.6 million. That said, the Argentine megastar claimed one of his counterpart’s records, per ESPN, with the most-liked sports photo that grabbed 20 million likes, beating Ronaldo’s best of 19.8 million.

Standing between the two biggest names in the most popular sport in the world and Virat Kohli is Brazilian star Neymar Jr., who boasts a firm 155 million followers. Given the rate at which Kohli is accumulating followers, there’s a good chance that he’ll surpass the heir apparent to Messi and Ronaldo in a matter of years. However, amassing some 161 million followers, at least, would be a tall order, even for a star like Kohli.

Kohli’s superstardom is only becoming more apparent with his massive army of Instagram followers, and with more Indians joining the online community every day, he could well close in on the big three soccer stars soon.