There’s no denying the success of the Indian Premier League. With Star India paying $2.55 billion for its current TV rights deal, the IPL is firmly cemented at the top of the T20 tree. Even purists are fearful that the format may overtake Test matches as the king of the sport.

For another twenty over competition to usurp the IPL is almost unthinkable. The Big Bash isn’t doing that per se, but it is holding its ground in the battle of the T20 tournaments. By doing this, it’s paving the way for other nations to take on the IPL in the future. Here’s why.
Embracing Technology
Cricket is a sport full of traditions, so modern twists aren’t often embraced. Merely changing from Tests to T20 games was controversial back in 2008. Well, the Big Bash is taking the strategy to the next level, with interesting results.
The 2020/21 season, for instance, embraced a series of new rules that lit up the action. The most popular was ‘Power Surge, a powerplay regulation that gives the batting team the option to play a two-over period at any point during their innings. ‘Bash Boost’ was another rule that created excitement because it shook up the rankings by awarding a bonus point to the team that scored the most runs after 60 balls. Of course, these introductions also impacted different aspects of the game that supporters love, such as the cricket betting that reveals whether a side has a strong chance of winning a match or the tournament outright. The ‘Bash Boost’ was particularly integral to this since teams could secure points regardless of the outcome of the game, leveling the playing field for the lesser franchises and providing better value for money for bettors and fans.
Simply put, the Big Bash is developing innovative ways to stand out from the crowd, and it’s working as TV figures for the latest version of the competition were the best of any season yet, with 44.82 million tuning in.

When the umpire is doing backstoke, strap yourself in for some hitting.

Going toe to toe with the IPL isn’t a smart move. The Big Bash doesn’t attempt to take on the IPL and win. Instead, it utilizes its strengths to perfection. For example, the event begins in December and finishes at the end of January. As it’s winter in the Northern Hemisphere, there’s barely any cricket taking place, which means there is only one place to go for a dose – the Big Bash.
This dovetails with the format, which isn’t the same as the IPL. Firstly, there are fewer games. The IPL has more than 60 whereas the Big Bash has fewer than 45. Plus, the latter has rest days so that matches aren’t played constantly. Finally, the matches take place in the mornings in Europe and the afternoons in Asia, making them accessible.
The fact that the cricket calendar is bare when the Big Bash begins combined with a less intense structure ensures the fall off during the competition isn’t as considerable, if it happens at all.
Australia’s premier T20 cricket tournament isn’t bigger than the IPL, but it’s maintaining its course. Who knows? In the long term, it may overtake its Indian rival if it leverages the same tactics. 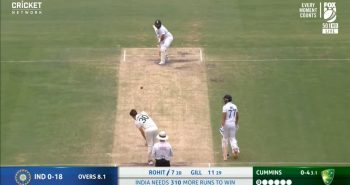 Cricket: the main types of betting on a... 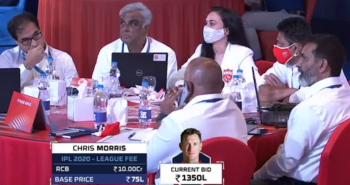