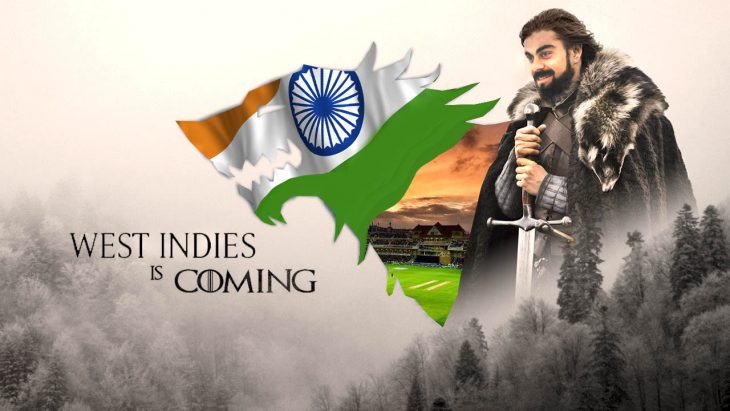 Team India had the first encounter against the Windies in T20 format that is the stronghold of the Caribbean team, West Indies fought well, but they could not defeat the Indians in their own backyard. But now the challenge is different and some would say more difficult.

Virat Kohli has been the force behind the recent success of the Indian cricket team against the West Indies cricket team in the shortest format. Virat showed his master class in the recent T20 Series where he was simply unbeatable and showed his impeccable form and class to the world. his unbeaten 70* runs on just 29 balls in the final made it almost impossible for the WI to chase in a pressure final match.

Check out the Match details, Scorecards, Detailed summary, stats and chart of IND vs WI series by just clicking any of the matches below.

T20 series is now gone, and now is the time for a new challenge and that is ODI Series of 3 action-packed matches starting from 15-Dec 2019. West Indies had last played against a slightly lesser team Afghanistan and did manage to win the series rather easily. however, now they would have to face a much much stronger opposition with a very strong and deep batting lineup.

The spin attack of India under the lights of Y Chahal, R Jadeja and K Yadav will come into play more in the ODI format. We are more likely to see spinning tracks for the longer format.

India has been in sublime form in the ODI series since their exit from the WorldCup. They played against West Indies in the Caribbean right after the world cup and won the series by 2-0, One ODI was abandoned because of rain. Now West Indies are ready for revenge and will they rise to the occasion. only time will tell.

\Check out the latest matches between the two cricketing nations. Just click any of the matches below to watch the match live online free.