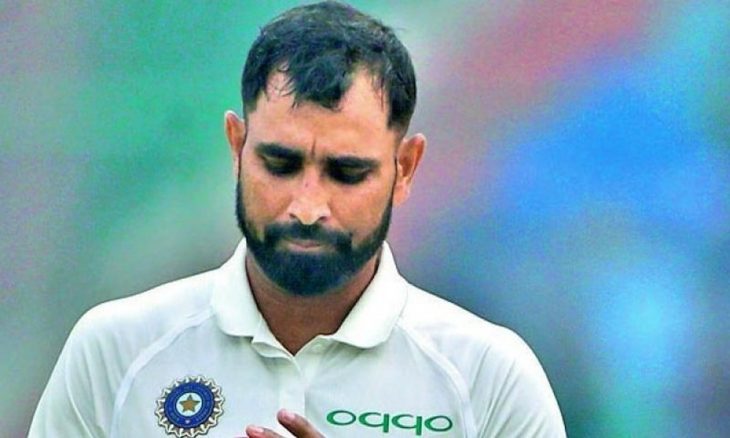 Controversies are the part of life but if we talk about celebs and famous people there are always greater chances of them landing into controversies, some are intended while others just immerge out of nothing. The same thing happened to the Indian pace star Mohammed Shami, who is surrounded by a huge controversy these days. Shami might well be Arrested due to this controversy.

Shami’s wife Hasin Jahan has accused Mohammed Shami of multiple extramarital affairs and domestic abuse. Shami’s wife lodged an official police complaint in Kolkata following which an FIR registered against Mohammed Shami and other members of his family.

The FIR including sections 498A, which amounts to cruelty to a woman by her husband or his relatives. Further, Shami was charged for attempted murder, rape and adultery which was claimed by his wife. Hasin had also leveled allegations of match-fixing against the bowler.

On 2 September 2019, the Alipore Court issued an arrest warrant against Mohammed Shami in connection to his domestic violence and physical assault charge levied by his wife. He has 15 days as of the issuance of the warrant to surrender.

MOHAMMED SHAMI ON THIS CONTROVERSY:

Mohammed Shami said that all these controversies against him were based on false news and e denied all these accusations. He added that “it was all a conspiracy to defame him”, and to affect his game.

BCCI ON THIS CONTROVERSY:

The Board of Control for Cricket in India (BCCI) withheld Shami from their national contracts list as a result of the allegations. On 22 March 2018, the BCCI cleared Shami’s central contract after its Anti-Corruption Unit (ACU) cleared him of corruption charges.

BCCI further said that they took any decision after the talk to Mohammed Shami’s lawyer who updates us about the case and further proceedings.

MUHAMMAD SHAMI STATS AND FIGURES IN ODI T20I and TEST