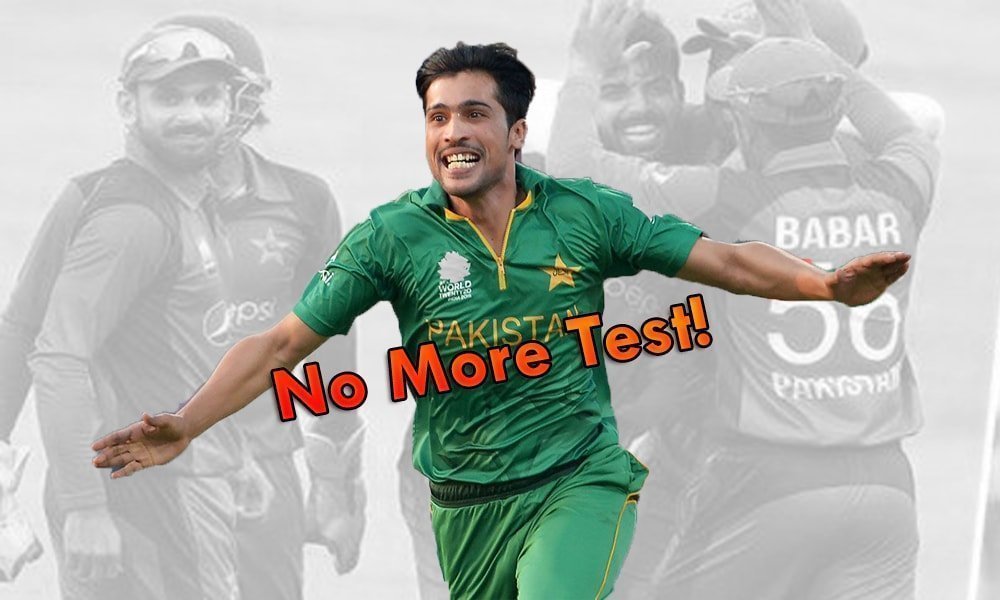 The Pakistani pacer also said that it’s his ultimate goal to play and represent Pakistan and that is his sole objective. he wants to get in a good shape and physical fitness is a priority in order to be at his best for the coming matches of Pakistan team including ICC T20 World cup.

He further said that it hasn’t been an easy decision for him to move away from the test cricket but now is the right time as the ICC Test championship is coming ahead and Pakistan has some young and exciting pace talent in the hut. He is making space for them to come forward and play for their country at the top level. He sees his future with Pakistan Cricket Team in the limited-overs cricket where is wants to play and contribute for his country.

Amir played a pivotal role in the World cup 2019 for Pakistan in order to keep their Semifinal qualification hopes running when they needed to win all their 4 matches and they did. however, they weren’t through to the semis due to poor run rate and New Zealand qualified as the fourth team.

Amir debuted against Sri Lanka in Galle back in 2009. He played 36 Test for his country taking 119 wickets in the Test format.