Rohit Sharma, Gambhir and Yuvraj Not happy with ICC 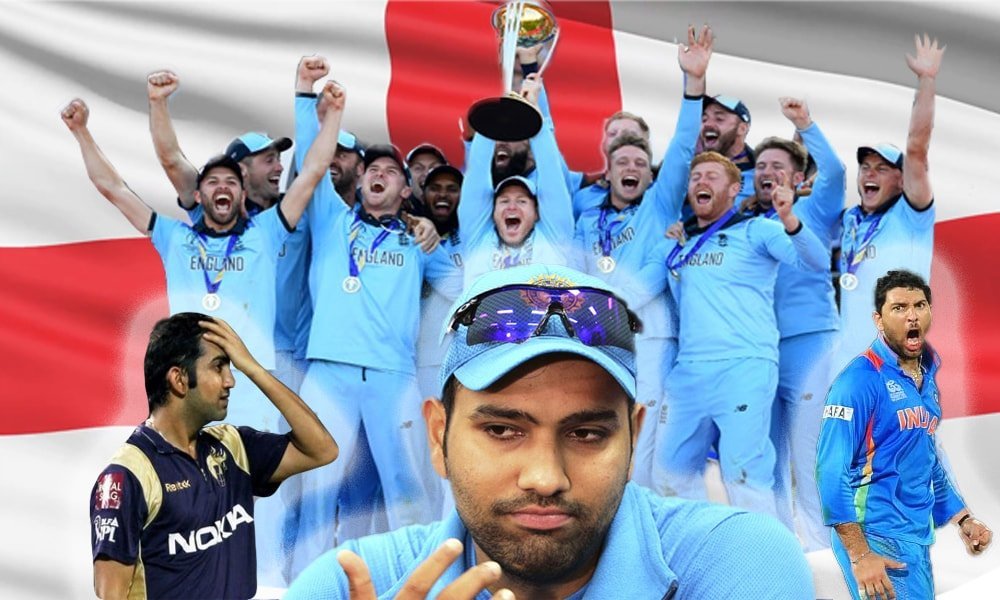 Rohit Sharma, Gautam Gambhir, and Yuvraj Singh are not happy with the ICC’s Super-Over rule.

ENGLAND vs NEW ZEALAND Final on 14th-July was perhaps the most thrilling of the nail bitters world cricket has ever seen. Both teams score was level at the end of 100 overs mark and then came the super over. But both the teams scored 15 runs equally in the super over as well. It was the closest of finishes with many turns and twists. When England required 9 of 3 balls, England got 6 runs off the 4th ball when a fielder in deep threw the ball at the non-striker’s end and the ball was deflected off Ben Stokes racing away to the boundary.

Martin Guptill was also unlucky while chasing 15 runs (16 targets) during super over and was run out on the very last ball on the second run. Scores at that time were level at the end of the super over. And then came in the infamous ICC rule of Most boundaries which states that “If the super over also ends at a tie then the team who has hit the most number of boundaries (Match + Super Over) will win. As in this case, England had hit 26 boundaries in comparison to New Zealand’s 17 boundaries, England was declared winners of the World cup 2019.

Rohit Sharma who is the Vice Captain of the Indian Cricket Team expressed his take on the match in his Tweet saying that “Some Rules in cricket definitely needs a serious look in”. Rohit was referring to the Super Over tie rule where the match is decided over a number of boundaries.

A similar kind of stance came from the star all-rounder Yuvraj Singh of India who said that ” He does not agree with that rule! however, rules are rules and then he congratulated the World Cup champions Team England over their win.

Gautam Gambhir the Ex-star opener for India expressed his views on the match in more striking words saying that “He does not understand how can a match of such great importance, a world cup final is decided over “How many boundaries a team has hit in the match”

Most of the cricketing world has criticized the rule of most boundaries but It still in a valid rule of the game and the match was decided using this rule by book. England is the new world cup champions and New Zealand will remember this final as one of their toughest day at the office for a long long time.

ALSO READ: BEN STROKES IS SORRY FOR WHAT HE DID!

Tell us what do you think is ICC right making such a rule to decide a match on the basis of “Boundaries count”? Comment below