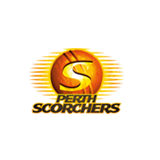 The Scorchers are the most successful team in BBL history, winning three championships and coming runners up twice. They were defeated in their second final by the Brisbane Heat in BBL02. They then won the next two consecutive championships, becoming the first team to achieve the feat in the league’s history. These wins came against the Hobart Hurricanes and the Sydney Sixers in a last-ball thriller at Canberra’s Manuka Oval.

Mickey Arthur was originally appointed coach, but quit before the beginning of the 2011–12 season after he was appointed coach of the Australian cricket team. He was replaced by his former assistant, Lachlan Stevens. Justin Langer replaced Stevens in November 2012. Following the appointment of Langer as the Australian coach in May 2018,[2] Adam Voges was named as the new coach for the 2018–19 season.[3]

The Scorchers also have a side in the Women’s Big Bash League.