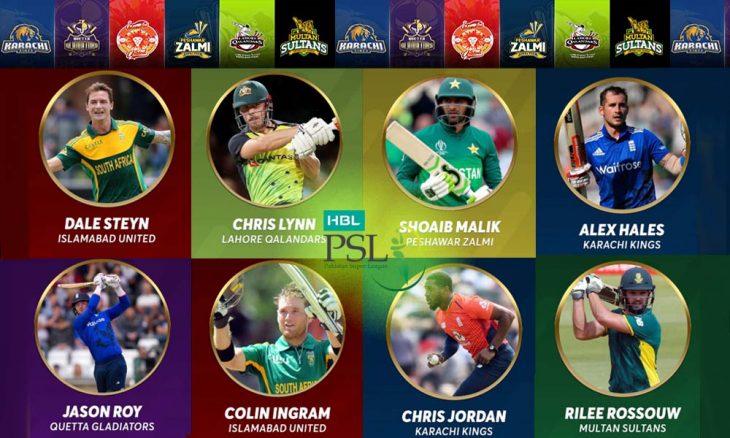 PSL is referred to as HBL PSL because HBL is the main sponsor for the Pakistan Super League (PSL).PSL5 is to start from PSL so far had 4 successful editions and in the last season PSL group matches were held in UAE but the knockout matches including the final were held in Pakistan. This year PCB has decided to hold all the matches of PSL within Pakistan. This was a long-standing wish of PCB and the cricket fans in Pakistan that international cricket and their league is played at home so they can enjoy the live cricket. Pakistan was toured by the Sri Lankan cricket team in November and not they are coming back for the Test Series in Pakistan. and With the return of International cricket PSL matches are too going to be played in Pakistan.

ALL PSL MATCHES TO BE PLAYED IN PAKISTAN

Previously many international players opted out of playing the knockout matches in Pakistan due to security reasons which had a huge impact on performances of many franchises. Now after Sri Lankan tour International players had shown confidence in the security measures and are willing to tour Pakistan for the League. Many Big names of International Cricket showed their interest in Playing PSL and were involved in the Drafting process.

Pakistan Super League 5 Draft was held on the 6th of December, Quetta Gladiator had the first pick and below are the Premium players chosen by the franchises.

HBL PSL has a total of six franchises (Teams) namely Islamabad United, Lahore Qalanders, Multan Sultans, Quetta Gladiators, Peshawar Zalmi, and Karachi Kings. Here are all the players selected for the teams to play the 5th Edition of HBL PSL.

PSL schedule is yet to be announced by PCB and the Schedule floated by several websites is fake. it is likely to be held from 20th-Feb and will end in around 17th March. We will share the schedule and Live Cricket Channels to watch Live PSL on Watchlivecric.com so stay tuned for authentic and valid information and live cricket.