Rishabh Pant vs MS DHONI, Has India made their choice? 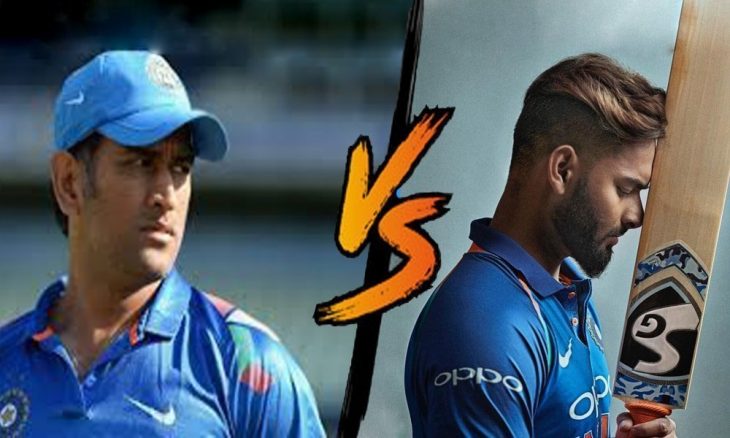 BCCI had some tough decisions to make post World Cup exit. The team came in under a lot of criticism after a rather satisfactory performance at the mega event. Fans and critics bashed many players for not rising to the occasion and one of which was MS Dhoni.

Mahendra Singh Dhoni is a legend when It comes to his achievements in cricket. There isn’t a trophy or title he hasn’t had his hands upon. He is the only captain to lift all ICC world title trophies including ODI world cup, T20 world cup, Asia Cup, Champions Trophy and others. However, with the passing time, he hasn’t been at the top of his game for a while.

Many argue that he is off shadowed by the heavy Indian top order who seldom disappoints and score bulk of the runs for the team and more often than not the lower order is not exposed at all. MS Dhoni batted on Number 7 position in the ICC World Cup that decision itself came under a lot of fire after India’s exit from the CWC19 event.

Rishabh Pant was trusted with the gloves after MS Dhoni excused himself from the West Indies series and took the time to join Paramilitary force of India and perform training and guarding duties with the military. There were many sounds of inducting the fresh blood into the side and get rid of the old schools’ right after the world cup. Many anticipated retirements from the veteran wicketkeeper-batsman, however, there was no such commitment made on Dhoni’s part.

BCCI also hinted upon entrusting the future of the team with young players and Rishabh Pant is the top candidate. Pant impressed with the bat and his shots in the world cup and there is absolutely no doubt on his abilities but will he be good enough player to replace a player like MS Dhoni? Virat Kohli thinks so. Here is what Virat had to say on the matter.

“His (MS Dhoni’s) experience has always been a crucial factor for us. Having said that, as I said, it’s a great opportunity for someone like Rishabh Pant to really to play a lot of international cricket. You know, show his credentials really, unleash his potential at this stage.”

Virat further praised the youngster and encouraged PANT as he believes the future lies in the hands of young players in the Indian team.

“We know how much ability he (Rishabh Pant) has and we all want him to become a consistent performer for the Indian cricket team.”

Rishabh Pant failed in the first ODI he played against India on a tough pitch he was out of “DUCK”! this wasn’t the start R Pant was looking for in the series however he has several matches ahead of him to prove his metal. For MS Dhoni fans the situation is still cloudy as the space for Dhoni is narrowing down in his absence from the cricket.